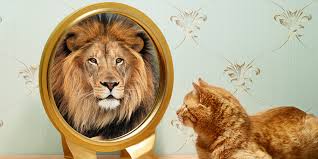 James 1:22 But be doers of the word, and not hearers only, deceiving yourselves.

In sociological studies the Dunning–Kruger effect represents “a cognitive bias wherein relatively unskilled individuals suffer from illusory superiority, mistakenly assessing their ability to be much higher than is accurate.” In more basic terms, there are people who clearly are not the most intelligent people but think they are brilliant. Other people might not be the most attractive, but they believe they are eye candy. There are individuals who believe they are the best on the team when everyone else knows that they’ve got no game at all. All of these people live in a false reality. The Dunning-Kruger effect is the blatant disregard of knowing yourself and the reality in which you live.

As I examine the lives of Christians across the nation, I think many suffer from the Dunning-Kruger effect. They think they are more spiritual, more Godly, more religious than they think they are, but they are not living in the reality of what Scripture calls for Christians to embrace. Consequently, they deceive themselves about where they stand spiritually.

James tells us that this self-deception is not something new but something that he was dealing with in the church 2000 years ago. One thing that James wants his hearers to fully understand is that they must not be deceived into believing something about themselves that is not rooted in reality. In the first chapter he uses the term “deceived” three times (16, 22, 26).

James recognizes that Christians often don’t see their faith in the right lens. They believe everything is OK spiritually when they are really falling short. They think they are quite perfect when they are not. They think they live quite adequately, when, in fact their lives come nowhere close to the Biblical mandate for Christian living. Such was the self-deception that was unfolding in the Church of Laodicea in Rev 3:16-17.

“So, because you are lukewarm, and neither hot nor cold, I will spit you out of my mouth. For you say, I am rich, I have prospered, and I need nothing, not realizing that you are wretched, pitiable, poor, blind, and naked.”

The Laodicean Church thought everything was good and that they were quite hearty spiritually, but in reality they were on the verge of being spit out. Consequently, they were only deceiving themselves and needed a reality check.

Are you deceiving yourself about your faith, thinking it is something that it is not? You can end your self-deception by measuring your life to the standards in Scripture and making adjustments to model the kind of life that God requires for his followers. Stop deceiving yourself and start obeying.

Theology on the Run

I often think back to the New Testament church with thoughts of care, wonder, and amazement. What must it have been like in those first few decades with Jesus gone? How long was it before they even called themselves “the church” and what did daily life look like? I try and answer these questions as I read through the New Testament, but the reality is that we only know what we can read in the text. So, as I was pondering questions like these and wondering what else I would have liked to have seen in the text, I heard someone make a statement about the theology of the New Testament. He said, “The theology of the New Testament can be called a ‘Theology on the Run’. They were figuring things out as they went, helping people as they learned what they were doing.”
And honestly, has that concept changed? For anyone who has tried to lead or participate in ministry, you know that it’s messy and that you are trying to figure things out along the way. You go into things with plans, but those often get tossed out the window as you are presented with a new problem and a new solution to find. Half of ministry is trying to figure out what to do while you are already doing the other half of ministry – loving on people.
But, somewhere along the way, the church started to think that it had “arrived”. We started caring less about people who don’t know Jesus and caring more about our parking spot at church. We started giving less attention to the missions work, because we recently shared a missionary’s blog post. At some point, our focus became inward, we stopped running, and started sitting in comfortable chairs. Beloved, we may have lost sight of the true vision of the church: to be “witnesses in Jerusalem, and in all Judea and Samaria, and to the ends of the earth.” (Acts 1:8) With that vision comes the great responsibility to dive right into the middle of sharing the Gospel message of the risen Savior, Jesus.
That may be scary and that may be uncomfortable, but if we have that mindset, then we probably forgot the first half of the verse I just mentioned. Jesus said, “You will receive power when the Holy Spirit comes on you.” We have been EMPOWERED to spread the church to the ends of the earth – yes even in your neighborhood. I’m not at all disputing whether you have been empowered, but I am saying that you haven’t yet turned on the light switch. PG&E has been turned on, but we are content with using candles in the dark.
Instead of hunkering down in fear, let us boldly reach beyond our comfort zone and reconnect with the vision of the church. You may have to figure things out on the run. You may also receive scorn and persecution, but I guarantee that you will be empowered by the strongest power that man has ever known. This week, I encourage you to think about someone to whom you can share the message of Jesus. And then, after you have thought and prayed about it, I encourage you to actually share the message of Jesus with them. Take a risk to see how God will help you to figure things out on the run. 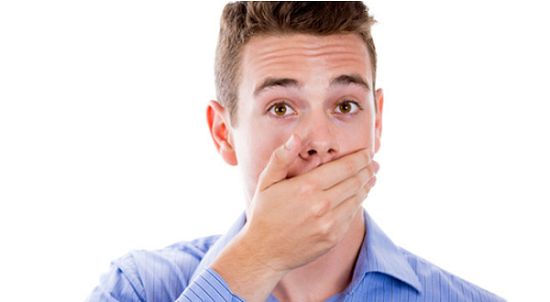 I got mad today. I mean really mad. I reached a point that I just couldn’t take anymore. Over the course of a few days, I have heard about a couple of situations where people in the church hurt other people in the church. And that alone is not why I got angry. The thing is, these people that were hurt, and we are talking about a deeply significant emotional hurt, were hurt by the WORDS of others. For some reason, many Christians still have not learned to just keep their mouths shut. I wish that I could just tell people to “shut your mouth,” “be quiet”…or the old adage, “if you can’t say something nice, don’t say anything at all!”

James 3:6, 9-10 warns us about the deadly nature of the tongue, saying “6 And the tongue is a fire, a world of unrighteousness. The tongue is set among our members, staining the whole body, setting on fire the entire course of life, and set on fire by hell. 9 With it we bless our Lord and Father, and with it we curse people who are made in the likeness of God. 10 From the same mouth come blessing and cursing. My brothers, these things ought not to be so.”

These things ought not to be so! Brothers and sisters, we have members of our family in pain and unsure of their place in the church family because some have unbridled their tongue. We have some folks who have left our church family because other people have torn down other Christians in their presence. This is shameful. It is detestable.

Consider for just a moment, IF you had said something that hurt someone deeply, would you care? Would you feel awful and want to make things right? It is time that we stop gossiping. It is time that we stop talking bad about others. No one should be acting like this, but these things are even worse when we do it in front of new members and young Christians!

If your tongue has been out of control and you have hurt others, repent! Then get on your knees and beg for forgiveness. Humble yourselves. And remember, if you wouldn’t smack someone in the face then you shouldn’t gossip about them. It’s pretty much the same thing.